A hack to inspire

I can't be the only one who would like to be inspired to grind and work on their chosen projects continuously, yet somehow, quite inexplicably, fails to do so.

Like this. (Don't place any moral interpretations on the axes.) 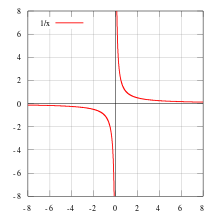 You're inspired, then suddenly, the inspiration is gone, and you can't push it up again. If you're lucky, it reappears overwhelmingly at an entire other level at one point or another. If you're unlucky, you're stuck forever.

And if you're smart, you jump right into that high point from negative infinity to positive infinity whenever you want. To make the jump, I have a nice little hack. It's quite complicated, and I'm sure I'll do a poor job explaining it, but it goes something like this:

Make a list of all the projects you could do.

The first three you jot down are probably the ones you're doing already; the next few are some things you maybe should be doing; and the rest, they're the golden ones - the new projects you want to be doing, the ones you're excited to do.

Just look at your list. I just wrote one version for myself and came up with 13 projects to do. And I absolutely love the idea of having tons of things to do, grinding from sunrise until sundown, going to bed at night knowing you're not finished, knowing exactly what you'll do when you wake up, yet you're grateful for having worked all day at something meaningful and given all you had to give that day.

You can do this whenever your function has reached an incontinuity point (x=0 in the graph above) and you need a little boost. Or you can do this every morning, or every evening, depending on your individual needs. Give it a shot. Let it work for you.

And if you're one of those rare people who've never faced the problem of low inspiration, good for you. I hate you so much.

Rule 8: Immerse Yourself in Things that Speak to Your Soul

Is intelligence the most important thing? The Weekly Wyat S1 E3